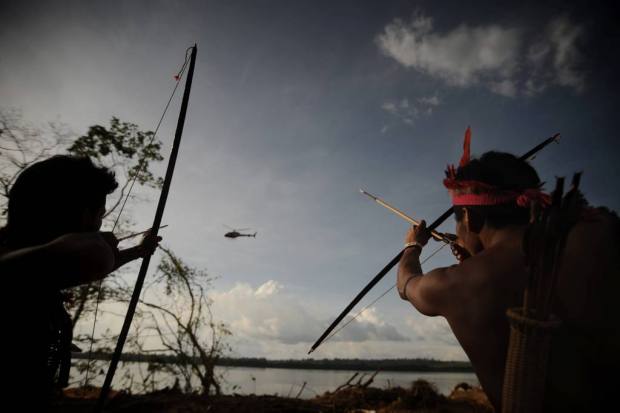 Reuters best photos of the year 2012 | Munduruku indigenous people point their bows and arrows at a police helicopter flying over the barrier of the Belo Monte Dam’s construction site in northern Brazil, June 15, 2012. The area was occupied by around 300 people affected by the project as they protested against the violation of their rights. REUTERS / Lunae Parracho

← Tekohá
Waiting for the rain →