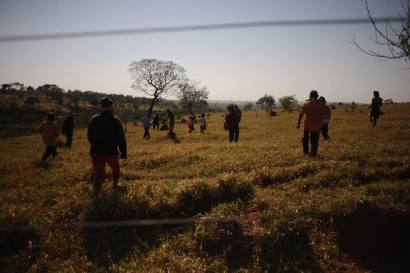 A group of the Guarani Kaiowa people occupy a private ranch that they consider part of their “Tekohá”, or sacred land, Potrero Guasu in Paranhos, Mato Grosso do Sul, under threat from gunmen hired by the non-Indian ranchers to confront them. 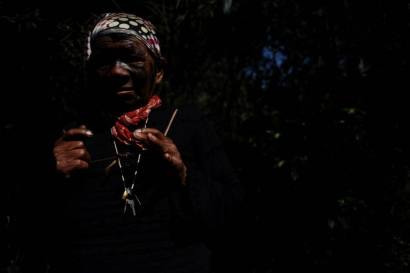 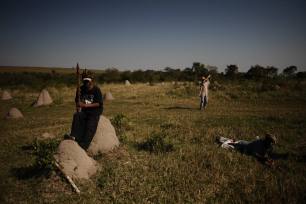 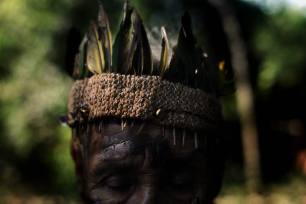 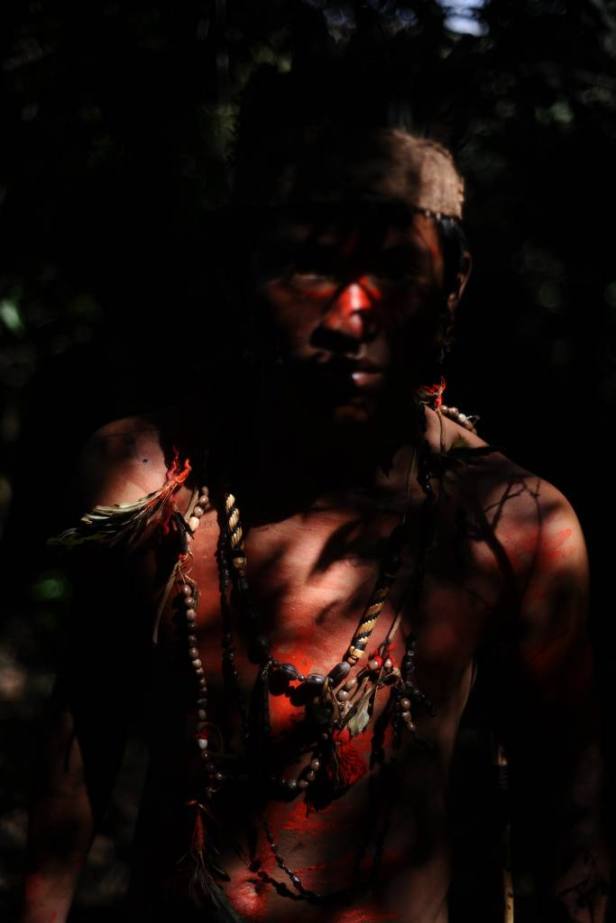 The Guarani are the largest brazillian indigenous people, with an average of more than 50,000 individuals they are most gathered in Mato Grosso do Sul, near the border with Paraguay. The group suffers from a severe shortage of land in Brazil due to historical dispossession, enslavement and eviction, which has worsened in the 1970’s as the expansion of the “agriculture frontier” has led farmers and ranchers to extend their holdings.

According to the Indigenist Missionary Council (CIMI), tied to Brazil’s Roman Catholic bishops, more than 500 indigenous people have been killed in Brazil since 2003. From those, almost 300 were in land disputes with landowners and ranchers.  In the last year, there were 51 natives murdered in Brazil – which brings to a rato of one per week. More than 60% of those murders took place in Mato Grosso do Sul (MS), according to the report.

The list of murdered indigenous people in this state in recent years is long, and the situation is getting worse.

On November 2011, 40 gunmen invaded an indigenous community in MS, killing the chief Nisio Gomes and wounding others. On the August 10, another Guarani disappeared when armed men attacked a group in the Tekohá Arroio Korá indigenous land. Located near the Paraguay border the Arroio Korá area was occupied by a group of Guarani on the same day and attacked again by gunmen hired by the ranchers on August 28, simultaneously with a meeting of the Brazilian Public Ministry (Ministério Público) with the natives in the area.

The occupation is been kept since then and the tension is high. Natives report constant threats of gunmen and keep surveillance of the area armed with knifes, bows and arrows.

“Tekohá is a very, very sacred place to us, is the place where we live. When someone takes our land is as if they take our lives.” says indigenous chief Elpídio, leader of the occupation at the Tekohá Potrero Guasu, “we decide now not to accept invasions anymore. If necessary, we will die. But our land no one will take from us again”

Geovane Vera, 17, a young Guarani who is taking part in the occupation of Potrero Guasu land as a “warrior”, keeps his eyes opened, “I am ready to die for our Tekohá”.

Recently, the landowners declared war against indigenous guarani. In a video published by a local news website the rancher Luis Carlos da Silva Vieira, known as “Lenço-preto” said: “If is war they want, war they gonna have. If they can invade, so can we. We can´t be afraid of those natives. We are going to war.

Vieira told the reporters he has been talking to other ranchers, who are all all considering a full scale armed war against the natives: “Majority of farmers are with me. We have guns and weapons at will. I can arm all the farmers of the frontier in a split of second, Paraguay is just on the corner, and in war there are no bad guys” warned. “Maybe there will be some of those indigenous left, but the rest we will feed to pigs”

In reaction, On September 3, a group of Guarani occupied the Jatobá ranch, located inside the Tekohá Potreroguassu indigenous land, 10kms distant from Paranhos, in the Mato Grosso do Sul state. The area was declared as indigenous land since April 13, in 2000, and is waiting for an administrative process that needs to be taken by FUNAI, the indigenous subjects federal agency. In this new occupation, FUNAI representatives could not get into the area for days because they feared going without Federal Police and, according to them, and had to wait for proper escort.

On October 23, 2012, CIMI released a letter from a group of Guarani-Kaiowa Indians occupying another ranch near to Paranhos, in which they threaten to defend with their lives their rights to the land they are occupying. The group claims to have received notice that they will be forcibly evicted by federal agents acting under court order, and said they will die together before being removed. The letter has rippled across the press and the web, as a cry of resistance, and the story of the tribe’s struggle against the Brazilian government quickly spread around the world, mostly due to a handful of headlines that claimed the Guarani-Kaiowa was planning a mass suicide.

Brazillian native people blame the Portaria (ordinance or administrative rule) 303 for the increasing conflicts over land. Decreeted by the Attorney General’s Office (AGU), the rule prohibits the expansion of TIs (Indigenous Lands) and allows deployment works – such as hydroelectrcal plants, mining and military bases – at these areas without consulting the affected people.

During the last month, several indigenous leaders from all over the country –  including Mato Grosso do Sul – went to Brasília for meetings with the government and demonstrations requiring the immediate repeal of the decree.

All over Brazil, protests are happening against the rule. Three of the main federal roads have been blocked by indigeous people on the past two weeks. On July, the Guarani people decided during the Aty Guasu, their sacred anual meeting, to move on with the fight to once for all reconquer their land. Published on July, Ordinance 303 was suspended by AGU after several demonstrations against it.
***